A Heep of Love 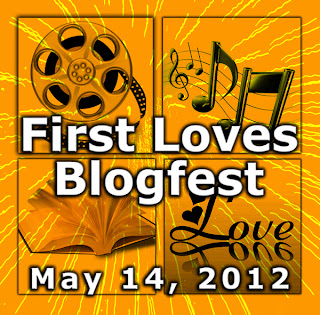 Yes, I seem to be addicted to challenges and am participating in another blog fest. This one involves only one post, but it's an interesting topic: First Loves

Movie: Dark Crystal. I am not sure how old I was, but not much older than 10, I guess. It was the first time I had ever been in a movie theater, and it was the first (and last) time my brother, along with his girl friend, took me. I guess this was supposed to be a date for him, but for some reason they took me along. Of course I did not know the meaning of the phrase "third wheel" then.... Despite doing by best (unintentionally) to embarrass us all, they did get married and still are.

Music: Uriah Heep. I could write a book on them ... but, to digress, my first taste was in 1977 or so. I was with a girlfriend two houses up the street watching TV, and while she drooled over Smokie at age 11, I was fascinated by the dude with the red wild hair and blue eye shadow who fronted Uriah Heep at the time. A sign of things to come ... They are still my favorite band. It's in the lyrics, the melodies and the feeling they evoke with their music. I also collect Uriah Heep memorabilia and have a few rare items, although my collecting has been on hold for a while.

Book: Since I've probably read thousands in my 44 years, it's hard to say which was the first I really loved. Probably Clan of the Cave Bear, but my favorite overall is the Wheel of Time series by Robert Jordan.

Person: That is tricky and hard to keep brief because when I thought I loved, I found out later that it probably wasn't.

The first person, not just of opposite gender but in general, to ever declare his love for me was a boy in 5th grade I had a crush on. Wait, you say, what about family/parents etc. weren't they first? Nope. This thing with this boy did not end well, although we were in the same class together until we graduated.

However, I really don't live in the past and I am in love now with someone, so that is what counts. And, to use a cliche, "it feels like the first time." That of course is my boyfriend Tom, who has contributed to my blog and inspires a lot of what I write.
Posted by Alexandra Heep at 11:48 AM

I also really enjoyed the Dark Crystal, and Uriah Heep is great.

Tim
The Freedom of Nonbelief
The Other Side

My wife really liked The Dark Crystal. And you really could write a book on Uriah Heep!
Thanks for participating in my blogfest.

Dark Crystal is a classic. Love it. I need to look up Uriah Heep though, sounds interesting. :)

Wheel of Time is a great choice. Such complex and imaginative world building!

Wheel of Time is a great choice. Now if we would only get that last book.

I love this list! I would have done this. Firsts are such poignant memories.

Congratulations on your love, and you're right, your current love is always the first, and strongest, and "right" at the time of being... at least I think so.

Hi there! I vowed that I would visit all the bloggers who participated in the A to Z blog and here I am keeping my promise...;0)

Lovely blog...good luck with the rest of the year!

Sweet post. I also had a lot of those "thought it was love" moments. :-)

Amanda, I hope you're well.

I read some of your articles on Helium.

I’m nominating you to receive the Versatile Blogger Award(check out my new blog post for the rules) – please ignore if you’ve received it before.