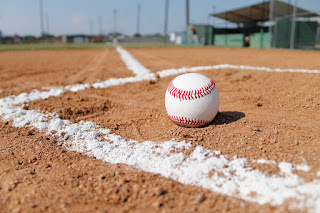 In my house, we love baseball, big and small. For the major league kind, we follow the Chicago Cubs who finally won the World Series in 2016, after a 108-year drought of not winning it. This was the longest drought in sports history.

On a smaller scale, we discovered the Chicago Dogs last year. They are Rosemont's AA-baseball team. Rosemont is just a few minutes from here, and they have an awesome new stadium that holds about 7,000 people. Parking is easy because the garage is attached to the stadium and only costs a few dollars. I can also manage the stadium layout as it's not far to walk to get to everything.

Here is a local newspaper article, if you're interested. https://www.chicagotribune.com/sports/baseball/cubs/ct-spt-cubs-carlos-zambrano-comeback-attempt-20190418-story.html

Baseball can be fun, but I have not been too into it for the passed few years. Tom's team is Mets.

Congrats on finishing the A-Z challenge. It was fun but sometimes a struggle, for me.