Life is What Happens While You're Making Other Plans 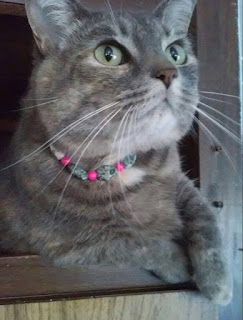 Back at the beginning of May, I went to a local emergency room because I was experiencing vision loss in my right eye. As part of the check-in procedure, they took vital signs and found out my blood pressure was over 260. So they admitted me and ran a bunch of tests which unearthed kidney problems as well as some cardio-related issues.

My blood pressure never stabilized where they wanted it, and I developed tinnitus from one of the medications, so they changed it to a diuretic. That switch caused a cascade of events characterized by extreme swings in blood pressure and extreme dizziness, so I had to stop taking the blood pressure pills.

Since then, I have been experiencing a variety of debilitating health problems like dizziness, pressure in my skull, problems with breathing, ear pressure, hearing loss, digestive issues, headaches, fatigue etc. These are in addition to symptoms from fibromyalgia, myofascial pain disorder, and Graves Disease, all of which I had been diagnosed with decades ago. My specialist appointments for the cardiologist and kidney specialist are not for a while yet.

Meanwhile, Tom was laid off from his job back in February and is dealing with what is most likely Parkinson’s Disease. He has had the symptoms (tremors etc) for several years but never saw a doctor for it because he had no insurance. We just bought insurance, but it does not start until August, and the deductible is $1,500.

We are looking to get him into a specialist as well for an official diagnosis, so he can eventually file for disability. If he were to take early retirement, it would be about $750 a month, so that’s not an option right now. While Tom has worked for almost 45 years, much of that was in low-wage. labor intensive jobs. He also spent a decade self-employed. That is why this number is so low.

Right now, we live on temporary unemployment. The amount is $339 a week. About half of that goes for rent, and we are behind on all bills. We get food from the food bank, but I am supposed to eat a low-salt diet with fresh fruits and vegetables. Those foods are not generally found there, so we have to buy them.

That is why I started a GoFundMe page at https://gofund.me/4bc42411. The money I ask for will go towards paying insurance costs and basic needs. Also, I would like for us to see a functional doctor to supplement healthcare. Here in the USA, those costs are out-of-pocket.  I know that this costs more than what my goal is, but I want to see how this will go.  I do understand that many people have had issues, pandemic related and otherwise, so even just a share of the fundraiser would be appreciated. Thank you!

Posted by Alexandra Heep at 7:04 PM