The Hunt for Postcards 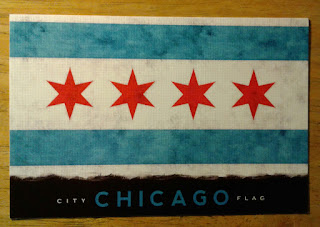 Some children want to be firefighters when they grow up, others aim for astronauts, football players or princesses. I never had any dreams or goals of reaching a certain profession. For me, I always wanted to be somewhere else, anywhere than where I was at the time. Back then, it meant leafing countless hours through the pages of my prized possession, a big atlas, poring at tiny places far away in the world.

That's how I discovered places like Easter Island, Greenland, Cook Island, Fiji and Christmas Island. I studied the topography of the Russian map, identifying majestic mountain ranges and winding rivers. I looked at the depiction of the desert lands of places like Mongolia and Egypt and wondered how people lived in far away places. I stared at airplanes flying over the house where I lived and wondered what the people inside it were up to and where they were going.

Since this was back in the 1970s/1980s, there was no Internet yet. Only a few years later, at the age of 18, I did manage to leave where I grew up and crossed an ocean. It was only decades later that I realized I was running from something that you can't leave behind. Sadly, I never enjoyed the amazing scenery I had when I lived in it, and I can't return now nor have I ever been back.

Fast-forward to 2017, two years ago almost to the day: I found this amazing site called Postcrossing that lets you exchange real, not online, postcards with random people all over the world. While you can't pick whom you send to and whom you receive from (it truly is random), I was instantly on board with this project.

Not only can you get postcards from anywhere, you can browse the site and look at people's profiles from all over the world, all in one places, sorted by country. The site does represent any country, territory, independent region in the world. Did you know that there were at least 247 of them in the world? Although, if you Google it, the number is lower because of places that come and go.

Everyone with internet can gain access to the site, there were even a couple of people from North Korea listed at one time. Since I can't physically travel, this site lets me do it via postcards. The only caveat is that you will get many cards from popular countries with many users, and only cards from smaller places once in a great while. That's the law of averages though. It takes years and years to build your collection the official way, unless you contact people for swaps on their forum.

So, two years in, I have received postcards from 64 countries, from Algeria to Uzbekistan. That's mostly without swapping. I only swapped once, internationally. Why? I am not sure, I guess it's because I don't like to bother people and I like the mystery of not knowing where a card might come from. I am probably going to change that.

Why? Well, because there are so many intriguing places in the world that only have a few people living there. Of course you have to find the right people first, the ones who have internet, are willing to swap, and who are honest and will follow through.

The interesting thing is that I have found places I had never heard of until now, even with my background (as a writer, I spend much time researching things, including places). Did you know that Tristan da Cunha is the most remote place on earth and has less than 250 residents? Yes, even more remote than the Kerguelen Islands (aka desolation islands). But it doesn't stop there. Have you ever heard of Anguilla, Saba, Cocos Islands, Faroe Islands, Wallis and Futuna, Kiribati, Niue, and Vanuatu? Neither had I, until I joined Postcrossing.

And so it goes. While it would be extremely difficult to get a postcard from any of those places, the possibilities are fascinating.

Posted by Alexandra Heep at 4:09 AM

Do you have one from the Dominican Republic, St. Thomas or Puerto Rico...just a few islands I visit.