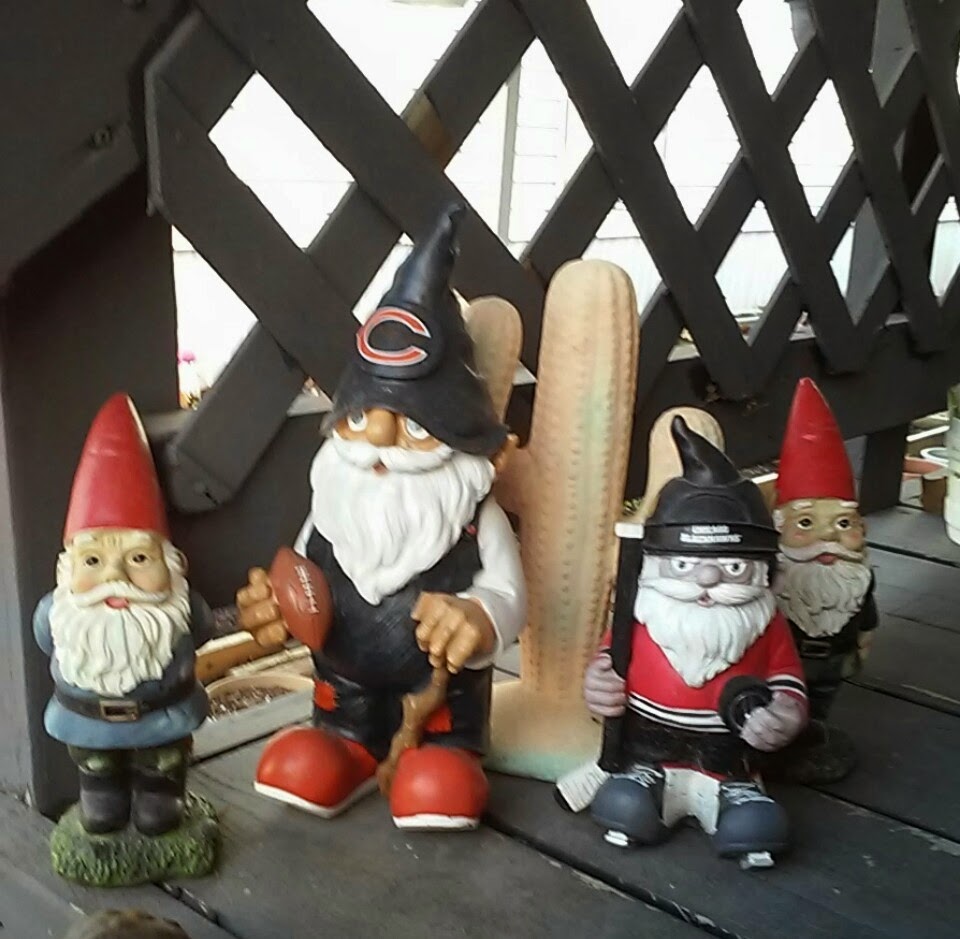 Today's prompt on the NaPoWriMo Facebook page was to "write an ode to your favorite holiday." Okay, so there is no holiday for garden gnomes (although there seems to be a strange holiday for just about anything listed on the website Days of the Year), but we think there should be!

This poem was a collaboration between Tom and I. We were joking about our garden gnomes, now that garden season is approaching in our zone. He came up with the core of the first stanza, I just tweaked it. I then added the second one. Perhaps you might not deem it worthy of being called an ode or even a poem, but if a limerick is a poem, then why can't this be one? Besides, a couple of my recent poems had a serious tone to them, so I thought it was time to lighten the mood a little.

Homage to Gnomage ... Not Quite

Hear ye, hear ye, let there be homage
to the donsy of gnomes outside our home in the flower bed,
not to be confused with World of Warcraft's term gnomage
because there that means when they kill a bunch of  'em dead.
Indeed, that would be so tragic
or, to quote *Dale Earnhardt Jr:
"Gnomes are magic."

"What's a donsy?" You ask, well here is the fact:
It's a group of gnomes, more than three at least.
What are they doing out in our garden intact?
Guarding of course, to keep flowers from becoming a feast.
Think that does not work because they're azoic?
I say to you don't be so sure
because we find gnomes to be quite heroic.

*Dale Earnhardt Jr. is a NASCAR driver. Well, not just any. He's been voted the most popular driver by fans for like a dozen years in a row. The quote I used comes from a funny NAPA commercial. You can watch it below (it's only about half a minute long).

Posted by Alexandra Heep at 2:00 PM