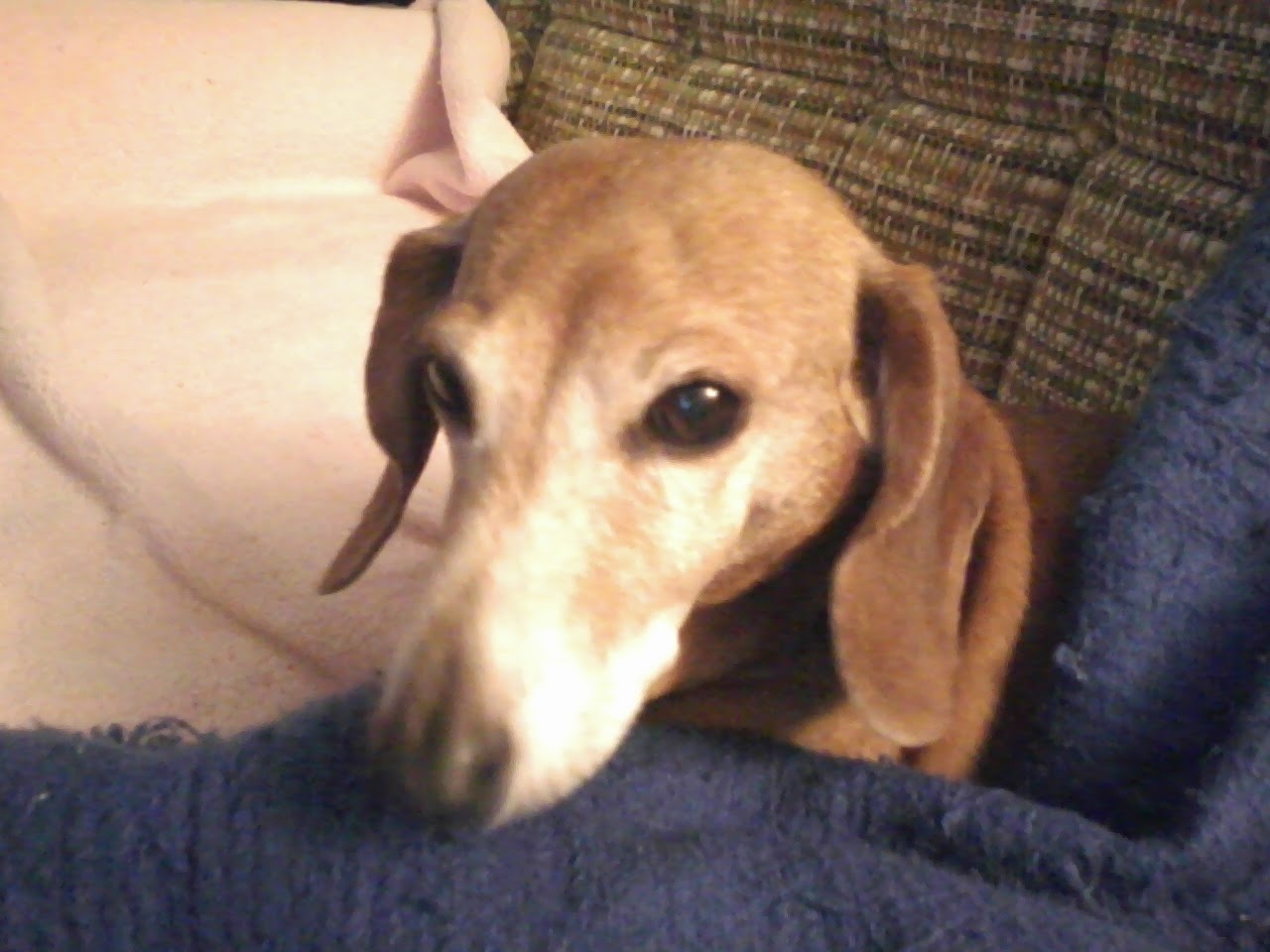 Most of you probably know about my cat Princess Gracie because I have blogged a lot about her over the years. Some of you might also be aware that I have had three cat poems published in the Write to Meow 2014 Anthology which were inspired by her. Her picture and brief bio are also part of said book.

Now, the publisher (Grey Wolfe) of this anthology also has released a dog anthology recently called Write to Woof 2015. And ... drum roll please: Adrianne, our dog, is represented in there. The submission is called Letter From the Dog.

The goal of this collection is to bring awareness to the exemplary work of the special people at Leader Dogs For The Blind. Proceeds from the sales of this book will support their efforts to house, provide veterinary care, and train dogs to serve those who are in need. You can buy the book at Amazon
Posted by Alexandra Heep at 8:16 PM