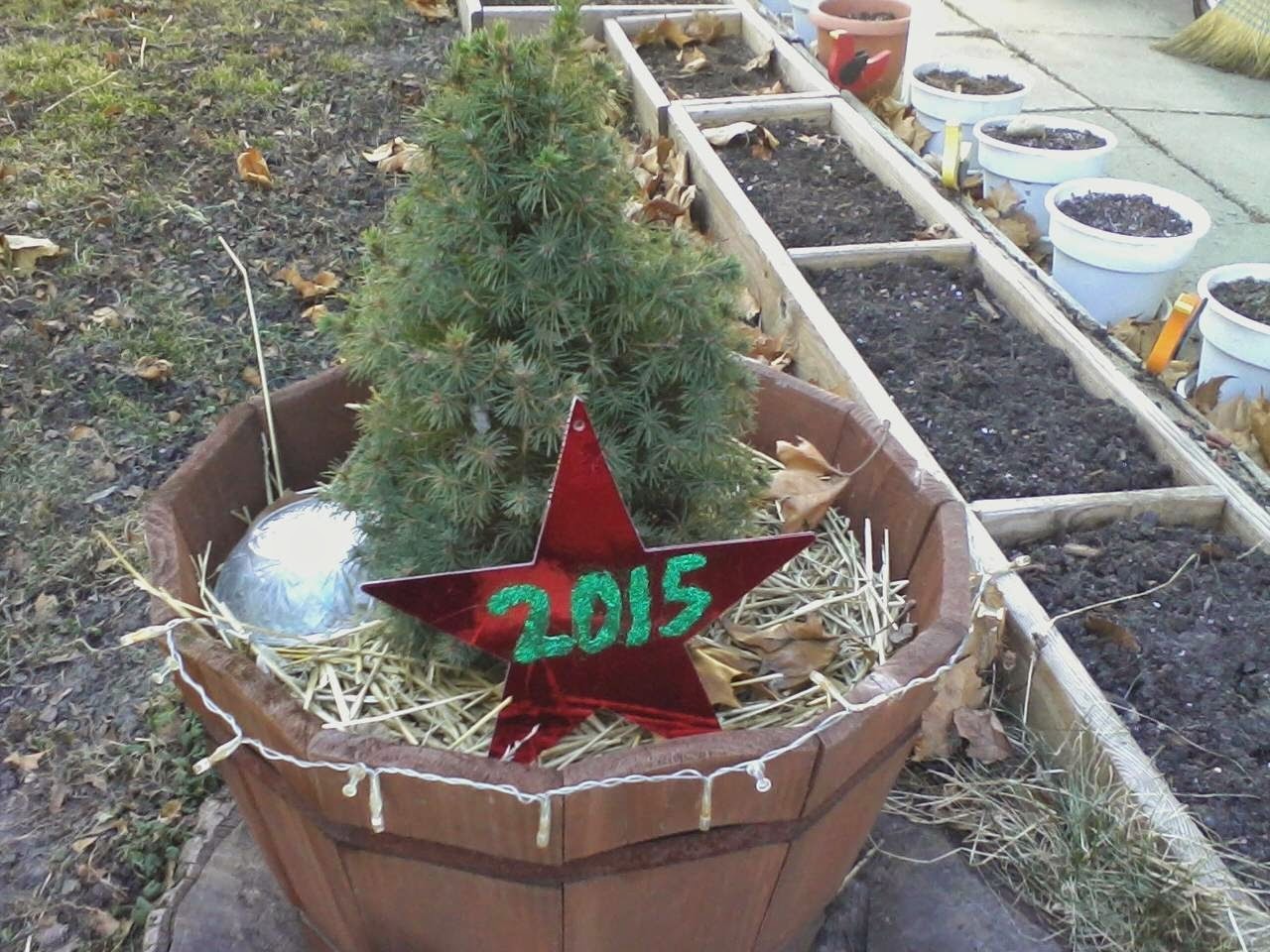 If you asked me what I remember about 2014, it's mainly the effects of the brutal winter that killed our cars and bank account. Also, a dismal year work-wise for the both of us which did not help recover said bank account. On the upside,  Baby Spruce was our star of 2014 and we are happy he survived said winter (his first one here). I also remember a good growing season for cucumbers and tomatoes, but a tiny harvest of peppers. One of my highlights was meeting Pat Foley and Eddie Olczyk from the Chicago Blackhawks.

Now, Facebook came up with its own highlights for 2014, as you most likely know. I guess they took the events and pictures that were the most popular

For January, it shows a picture of me and Tom during one of the cold spells (I am not going to use the V word). However, it's from the day my son paid me a visit during said cold spell. Why they did not pull up the pic of my son and us, I don't understand. That certainly was a bright spot because I see my son rarely. He travels a lot, and currently is in Africa.

For February, FB pulled up pictures of Gracie watching the Fish Bowl on TV. That was very cute, so I am glad she is represented.

Then we skip to May and July with assorted pics from our flower garden. July shows fireworks pics, and that was a cool part as well because I have rarely gotten to see fireworks on 4th of July. I can count the occasions on one hand. Once in Michigan, once in Virginia, and once now here in Chicago.

For August, I got more flower pics and one of me holding huge tomatoes from our garden. That brought a smile to my face too. Then there are some pics of super weird storm clouds, and yes, they tell the tale of a year full of severe weather.

Then we skip to December with a pic of Gracie under the Christmas tree that is in the process of being set up. No pics of the decorated tree, what is up with that? Also, a pic of the birthday card I received from Tom for my birthday. Oh, and of me with pink highlights in my hair. I started them on my birthday and by popular demand, kept them.

So, that was my year in a nutshell.

Posted by Alexandra Heep at 7:19 PM

2014 was a blur for me. It came and went quicker than I could blink. I wish I had button to slow things down a bit.