What would you do if you won the lottery or had some other type of windfall? 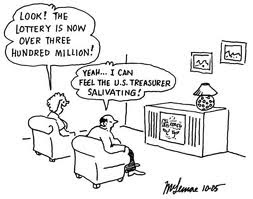 I have known for years what I would do. Only problem is, I have not been able to play the lottery recently. Oh, I have done so in the past, but believe it or not, recently I have not had the one or two dollars to spend to buy a ticket once in a while. I do enter giveaways and sweepstakes though, which are free – not that awful Publisher’s Clearing House stuff however.

So, what would I do? First, I would fly my favorite band, Uriah Heep, into my backyard. Wait, that can’t be the first thing, I would have to move out of the hotel first and I don’t think having Uriah Heep play in the parking lot would go over very well. Okay, second thing then. I would also bring all my fellow Uriah Heep fans to my private concert – many of whom I’ve never met either. It would be one big party before moving on to more serious things.

The next big thing on the list would be to sponsor a NASCAR team. Well, two really – I already know which teams – they are struggling underdogs like me and what better way to gain them some exposure? The fun thing with sponsoring teams is that I would be free to put whatever I want on the hood of the cars. So, I would choose to give some publicity to some of my friends who are authors. I can just see it – things like “Kitten Diaries” on the hood and in every viewer’s home.

Since currently every waking minute of every freaking day is spent trying to scrape enough to survive on, I would also have the freedom to finally make time to finish my novella and publish it as well – perhaps in time to be taking its own rides on hoods during left turns on the track. I would also pay back all my friends who have recently helped me – it is thanks to them I am not out on the street yet. It’s a long list I will never forget. I would also fly all my family members in for a family union. Not a typo, it would not be a reunion, since many of us have never met.

I would also be able to pay for my children’s college education, rather than them struggling to do so themselves when I should be the provider. I would also buy my daughter a house so she would never have to be homeless again. I also have friends who are in dire need themselves, and I would provide them jobs, if they wanted them. Unlike the government, I know how to create jobs and balance a budget – I could put my education I obtained decades ago finally to good use.

My cat Gracie would also make a sizable donation to S.O.S. (Save Our Shelters), a local animal organization helped along by an ex-co worker of mine, whose sister died of cancer. Both used to be driving forces behind this organization.

The banks would get none of my money; there would not be any mortgages, no credit cards, and no bank accounts. No sir, I’d convert most of it into gold and live on an allowance. I would also have a garden and work towards self sufficiency. While I now have a brown thumb, I do know enough people with green ones and they would be well-taken care of in return for sharing their knowledge.

I have seen the shows where lottery winners have blown it all and ended up in misery. I also know all the money in the world can not buy my health back. They also say that money can’t buy happiness. On the other hand, how can it not if you use it to do things for your friends? I would be willing to take my chances.
Of course I am also a realist; I know I can’t win if I can play. I also know that selling lottery tickets is just another way of making money off lots of people, so only some will prosper. It’s the worldly way of course. But it was fun to write it all out anyway. What would you do if you won the lottery or had a windfall?
Posted by Alexandra Heep at 1:02 PM

I would stash enough away to live off of in old age so that hubby and I wouldn't have to think about working anymore unless we wanted to. I would also do the same for family and friends struggling financially. Okay,lots of smart and worthwhile uses of my money, but how about indulging myself? A couple of first-class world trips: Italy (to eat), the Mediterranean area (because it's gorgeous and I can eat more seafood), England (because I've got English blood and love Masterpiece Theater), and Kenya (to see the amazing wildlife). :-)

You know what? I think I would actually like to see a NASCAR painted with a Kitten Diary on it. LOL Tom and I always play that game, what would we do with an obscene amount of money... oddly enough, we don't need the fancy cars nor expensive wardrobes and fine dinners out and our house is good enough so...pathetic as it seems, we would also help out those we know who are struggling. You're right, it could bring happiness doing all that!

first would be to pay back my in-laws who have helped us through SO many tough times. they are awesome.
then, put away enough for each of our children, away so they can't touch it until they are old enough to know that they shouldn't spend it on a car, or clothes, or ipods.
then, make sure the bills are paid for 10 years ahead, then travel.