Won a Writing Challenge and it Had an Unexpected Bonus 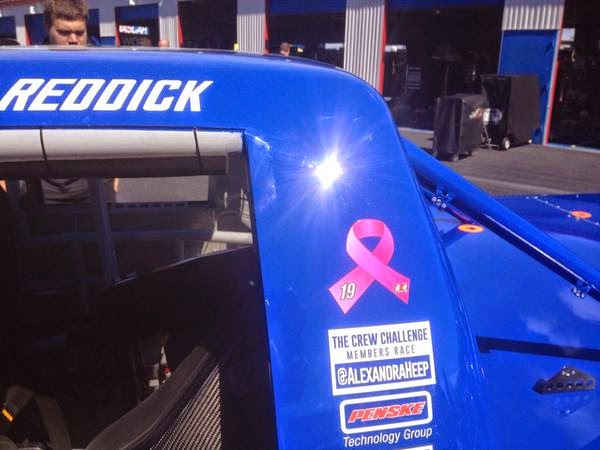 Some of you might know that I am a sometime contributor to the official Brad Keselowski website. (I have been a fan of his for about six or seven years). Currently, they are holding a creative writing challenge with different themes every week. I won't bore you with all the details, but the theme a couple of weeks ago was "If Brad Keselowski was a character in Wizard of Oz, who would he be and why?" (paraphrased)

Thing is, I have never seen the movie nor read the book. So, I took an online crash course on the "plot" and asked Tom a bunch of questions. He has actually seen it, so I got to pick his brain. I created a simple cut and paste pic on the Paint program (it's all I have) of the race car under a rainbow and sent the submission on.

Well, I was notified a couple of days ago that I won. No, it was not like taking candy from a baby. There are a couple of professional sports writers competing as well. And no, there is no money involved, but I am supposed to get some signed Brad Keselowski swag.

Oh, it gets much better though. Today, when I signed into my Twitter account (I still use a desktop for that) to promote my daily cat post, I saw that I had a bunch of notifications. In a nutshell, I saw a tweet (see below) that another award for winning the challenge was having a decal with my name placed on a race car that Brad Keselowski owns. It is truck  number 19 driven by Tyler Reddick and it will race at Talladega this weekend on October 18.

As you can see on the picture, it's a pretty big decal, right under the breast cancer ribbon.

Now, some of you might have heard stuff about Brad Keselowski about how he is a bad guy (especially lately), but let me tell you: He is one of the NASCAR drivers/owners who does the most for his fans. And that is saying a lot because I know that a lot of them do appreciate their fans. Okay, the lesser team owners and drivers are close to their fans also, but for a big name organization to care about their fans this much is pretty awesome.
Posted by Alexandra Heep at 12:56 AM