My Take on the FB Changes 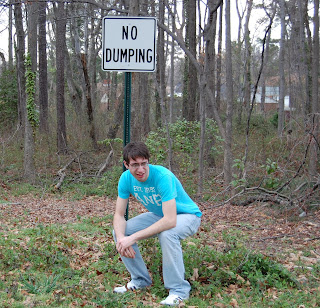 It’s Hump Day and we have been officially screwed - by FB. Depending on time zone, we either were stricken right after Midnight by the horrible Newsfeed Curse or awakened to it. What’s more, some people tried avoiding it by switching to UK settings, or even countries like Germany, but it eventually got there too. To quote my friend Saoirse O’Mara: Looks like they weren’t satisfied to just anger America, but had to take it world wide. Well, it sounded better when she said it in German.

Even those normally refraining from abusive language could not help themselves and launched into a few choice words on their status updates, usually preceded by an apology for using such language. That just shows the depth of emotion and anger this whole change evoked. Of course, the question arises: Why would the people behind this, or, as my friend Mac Pike calls them, the hoody-wearing juvenile blankety-blanks, do this?

Here are my theories (tongue firmly in cheek):
1. It is a secret plot to bring productivity to a stand still. Since many freelancers use FB as a networking tool, they have to spend hours and hours unsubscribing friends to reduce the feed jumble.
2. FB is too overworked, and wants to drive users away, so they’ll have less to do.
3. FB is too overworked and wants to reduce users by banning people for using inappropriate language, hence created an event that prompted said outbursts.
4. Revenge: It is to make those who have a lot of friends, which used to be a sign of popularity, reduce them to losers by removing friends. Passive-aggressive tactics, baby!
5. It is to crash slower computers that can’t keep up with the constant scrolling, so people will have to upgrade.
6. Because they can.
7. ... or, as Saoirse O'Mara pointed out, spies from Google+ hacked FB to drive traffic to their site.
Posted by Alexandra Heep at 1:27 PM

LOL I really like the reasons you give, but here's one more:

Because the guys responsible for those "improvements" are actually spies paid by Google+ to drive FB users to Google's new network.

Now, why did I not think of that? I may add that, giving credit where credit is due of course.

I'm not sure why, but I haven't had a problem. I received notification of the change, but that's all. ????

You got it right, Alex! ~grumble-grumble~