A to Z Blogging Challenge 2018: Q is for Quirky Postcards 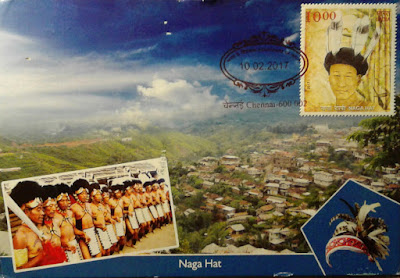 What are quirky postcards? I guess that depends on the definition of quirky. I actually looked up the meaing, and these are some of them: eccentric, idiosyncratic, unconventional, unorthodox, unusual, strange, bizarre, peculiar, odd, outlandish, zany, informal, wacky, freaky, kinky, way-out, far out, kooky, offbeat. Plus, different websites even give more definitions.

I suppose it depends on which one of these appeals most to an individual when he or she hears the term “quirky.”  My initial reaction was that quirky means unusual. Well, there are odd-shaped postcards, cards made from different materials other than cardboard or paper, and cards in unusual sizes, but I already did posts on those.

Aha! I am going to talk about maxi cards aka maximum cards. No, those are not over-sized postcards. Maxi cards are a different animal altogether, and I had never heard of them until I started exchanging postcards. If you want a detailed explanation and the history, read the Postcrossing blog about maxi cards. In a nutshell, they are postcards that have a postage stamp on the picture (front) side of the card that matches the picture. You still have to affix proper postage on the back to mail them.

So far, I have four maxi cards. Two from Australia, one from Hong Kong and one from India. In some countries, post offices actually issue them, but I think anybody can create one (as long as you pay for the proper postage when  mailing them). They actually can cost a pretty penny when you try to buy them on eBay. Since they're thought-after and costly, I am surprised people sent me some as I don't list them specifically on my wish list.

The card on top is the maxi card from India (sent by a user via Postcrossing, the largest online postcard exchange site in the world). Here is what the description reads on the back: This hat (Naga hat) could only be worn by a successful headhunter that the Nagas used to be. Chang Naga warriors wear plaited cane work helmets ornamented with a hornbill tail feathers, goat or bear hair and two wild boar tusks. The chin strap is decorated with the ten claws of a tiger's two front paws.

Here is what the sender wrote about the card: "The card has a special limited edition stamp of Nagas headgear." It's not exactly a subject I am crazy about (headhunting and all), but it is one of my most unusual cards.

Below is the one from Hong Kong that was sent to me on January 1, 2018 (also via Postcrossing). The sender wrote: "I picked up this maximum card last year when the year of the rooster special stamps were issued." 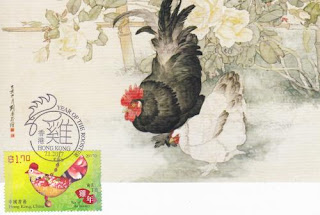 The two below are from Australia and were sent by users via Postcard United, another postcard exchange site. Notice the first day of issue special cancellation on the (2nd) bottom card that also has the shape of a chicken. On a side note, I have found out that maxi cards are actually quite common in Australia. 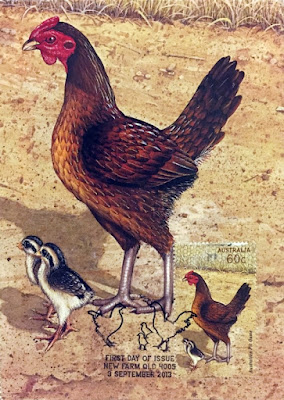 I am learning a lot about postcards. Postcrossing is something I have heard about. But after reading your blog posts, I am going to join the Postcrossing crowd. :-)