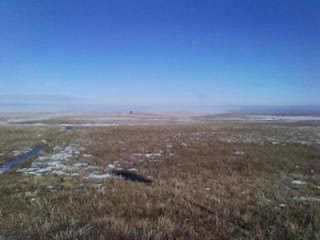 ... in with the new. So goes the saying for New Year's. However, 2011, while a year of many losses for me that snowballed from previous years, actually saw a lot of new gains as well. Not financially, but emotionally. Strangely, a lot of those had to do with Facebook. I reconnected with the "old" (family), met "new" family, witness the intellectual growths in my children, and made new global friendships. All this would not be possible without technology. Some new opportunities as well that I hope will grow into something. Ditto on that.

I have read countless articles how the Internet is to blame for the decline of social interactions and how friends on Facebook aren't real. Well, I have been the recipient of some amazing acts of kindness and generosity from people I've never met in person (you all know who you are). Also, one person from my past whom I've never expected it from. Where were the other people from my "real" life? I suppose they left with the old when my situation changed and they no longer could handle it. Well, let the door hit them on the way out.

2012 is seen as the year where the world is supposed to end. I do not believe that. After all, Robert Jordon said it best "there are no beginnings nor endings to the Wheel of Time." If it were to end however, I say: What's the big deal? To put it into Clarence's words from It's a Wonderful Life: "No man is a failure who has friends." I can truly say I am very successful then.
Posted by Alexandra Heep at 1:21 PM

Have a wonderful New year Alex.

Great attitude! Here's wishing you the very best for the new year!